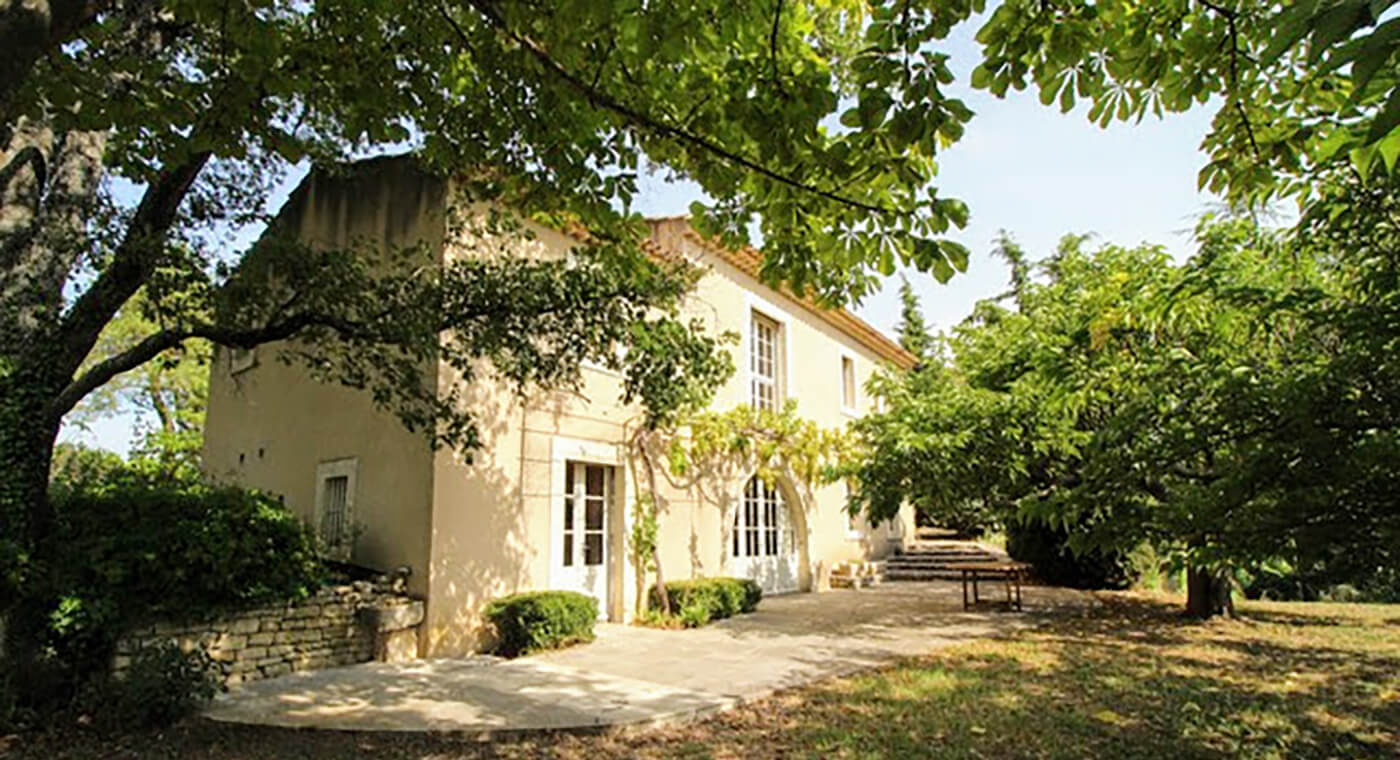 Each renovation, like chapters in a person’s lifetime, involves a series of discoveries — events and happenings that are planned and predicted, alongside many that are not.  What is created in the end is never quite what was imagined before the project began, but most of the time, the end image is much fuller and much richer than expected.

This was certainly the case with our most recent renovation, Pibernet, a lovely but dated country house nestled in the valley between the picturesque villages of Bonnieux and Lacoste in the Luberon Mountains of Provence.

It had sat on the market for some time, most likely because of a strange configuration: the main living room on the second floor was accessed by a narrow winding staircase. One could only imagine trying to balance a tray with aperitifs up its steep steps! But not to worry, there was another route up — a rickety elevator had been installed from the central kitchen. When previewing the house one afternoon, John Dean (Founder of Provence Life) and partner Ludivine (Bacon Immobilier) dared to see if it actually worked. It shouldn’t have been a huge surprise when it ceased to move halfway up to the next level. Hmmm, what to do?  There was a keypad with several options to call for help— buttons for “Mami” and “Babu,” but with the house closed up and dark and cold, it was clear neither would be coming to the rescue. Thankfully, After a few false starts and some panicky fits of laughter, the elevator resumed its ascent, and doors opened to the second-floor living room.

Like most houses on the market in Provence, the list of imperfections at Pibernet was long — the elevator and second-floor living room were only the beginning. The cave and downstairs kitchen were dark and musty, the bedrooms tiny, and you would never have known there were sweeping views of not just one but two villages - Lacoste and Bonnieux - through the thick and overgrown trees that surrounded the house.

There wasn’t a doubt in anyone’s mind that purchasing this property would require a full renovation to bring it into its next glory. And this is the part of our job that we love — seeing the grace and charm of a place underneath the not so pretty parts most see on the surface. For as many faults as Pibernet might have had at that moment, her inherent beauty was undeniable — you just had to put on a different pair of glasses.  With some creative vision and the right team on board, we set out to stitch this lovely home a new dress.

Our partners on the project were SB Home, a dynamic and highly organized construction, renovation, and project management company based in Eguilles. This was our third renovation project with them, and with a bank behind us both and a short turnaround time to finish the works, we couldn’t have felt in better company. SB managed their expansive team of subcontractors with precision not often seen in Provence.
Only a mere six months from demolition, we saw the results of our collective vision and efforts, and all of the trials were quickly forgotten; Pibernet is now ready for her next chapter in life.

Following are several images from the renovation process. 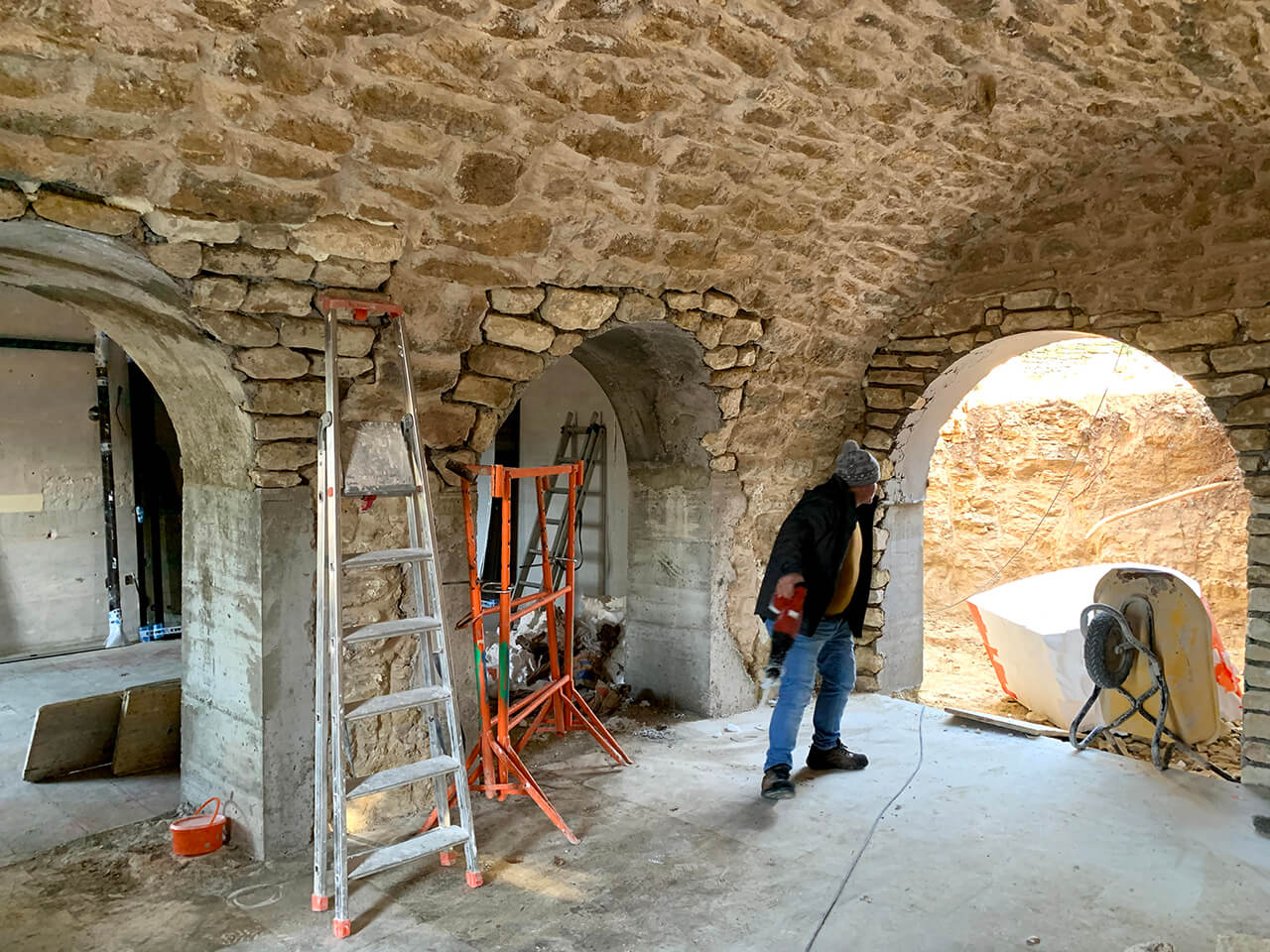 We weren’t long into the demolition when we were presented with our first and greatest challenge. We had hoped to create a bright and open staircase out of the back end of the cave only to be greeted by a massive rock that required days of careful drilling so that the entire house didn’t crumble down. SB Home managed incredibly under the pressure. 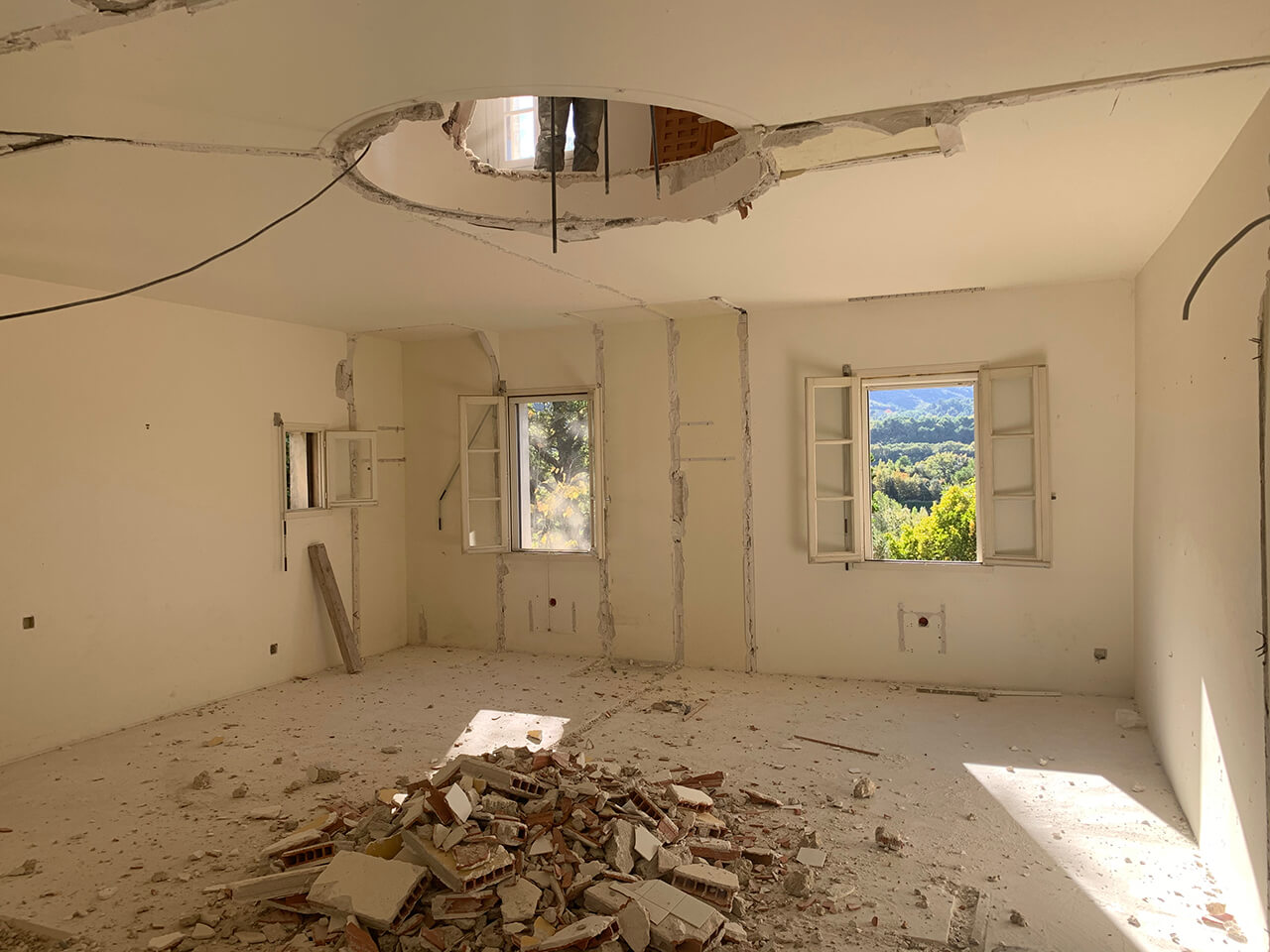 Removal of the stairway.

Long days of work through cold winter months. The bathtub had to come through the window. We sourced beautiful antique furniture to make bathroom elements - but had trouble getting up the stairs. 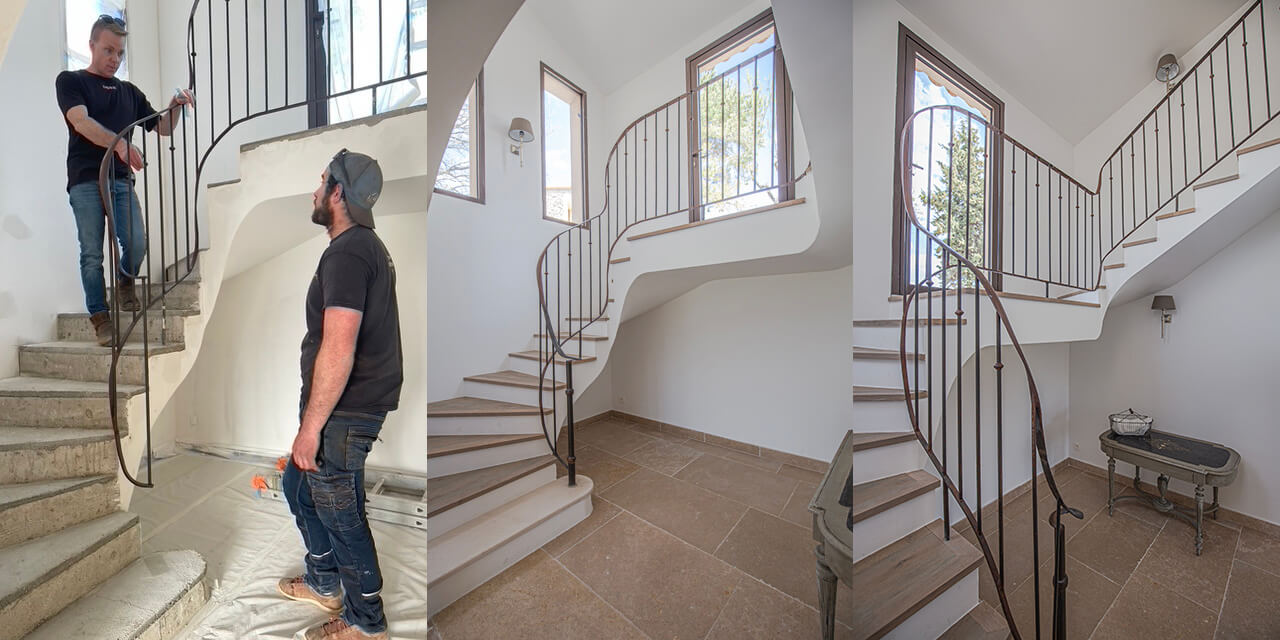 Alexi Teyssonniere, a talented artisan, did all the ironwork. 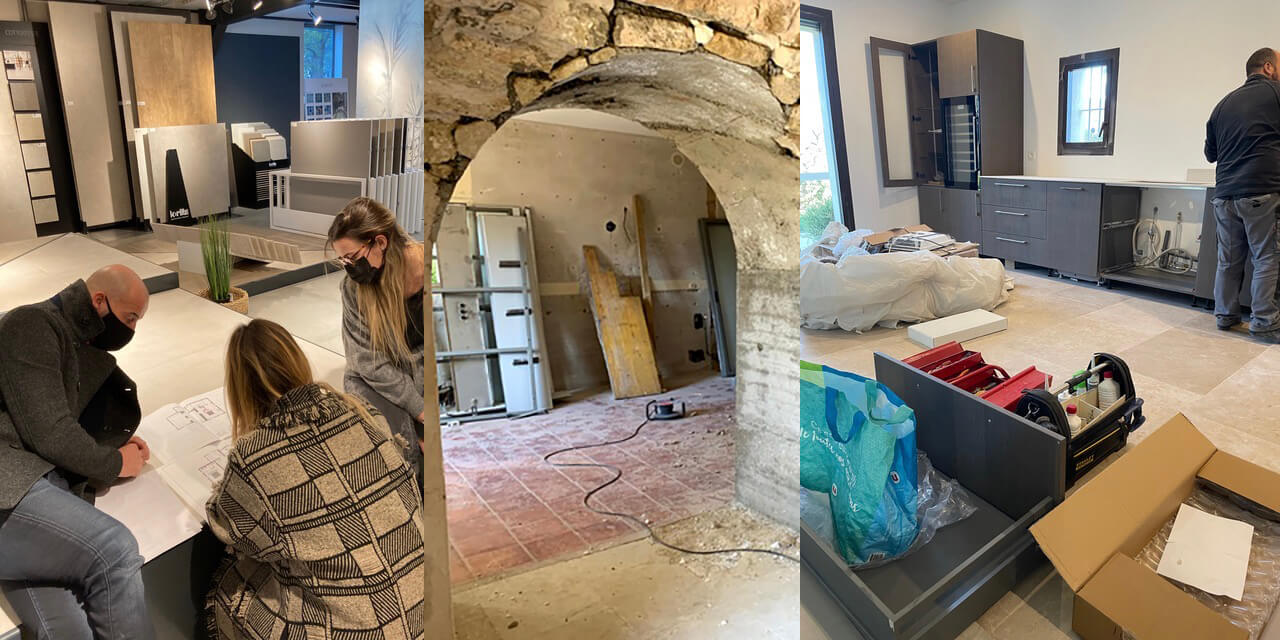 Agreeing on what stone to put on the floor was not an easy process. Kitchen being installed - Parqueterie Aixoise did a fantastic job. 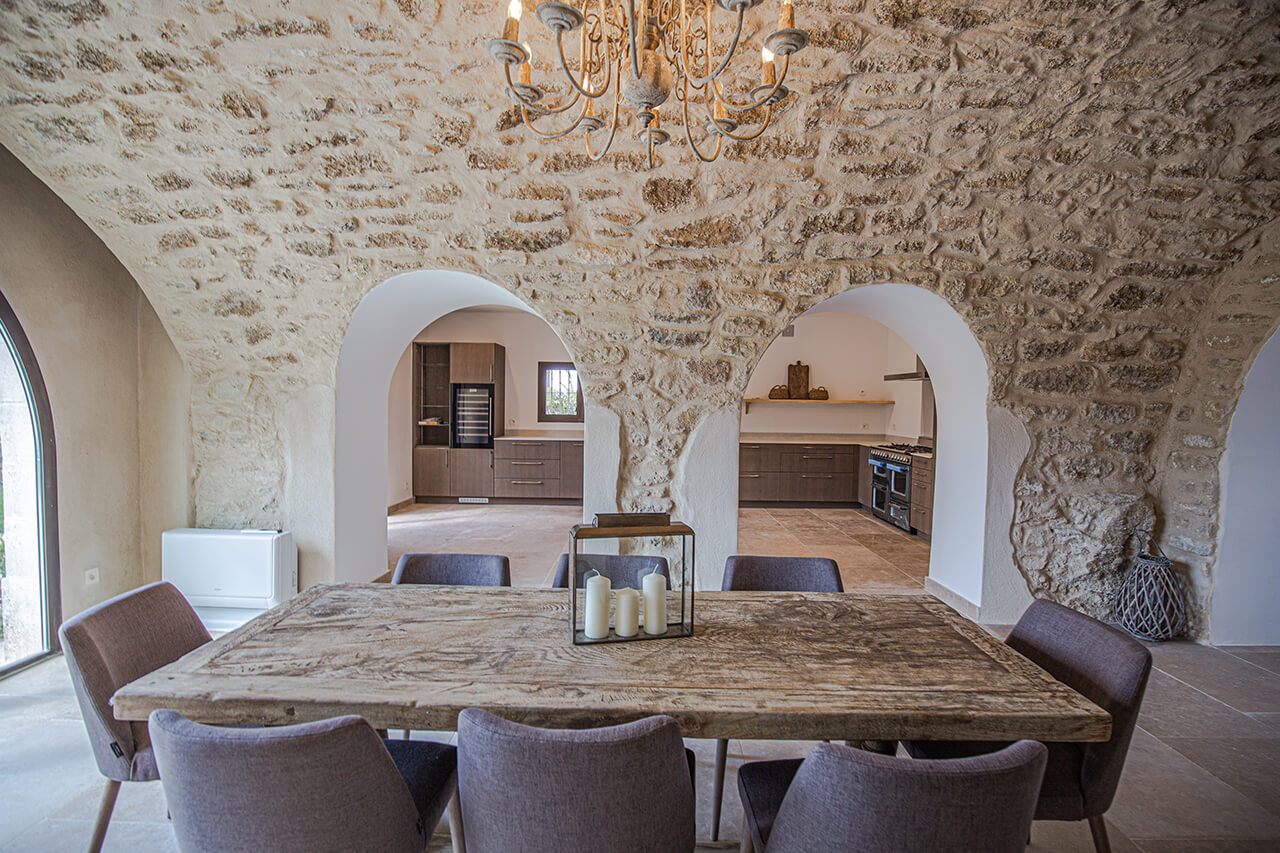 When it all starts to come together. 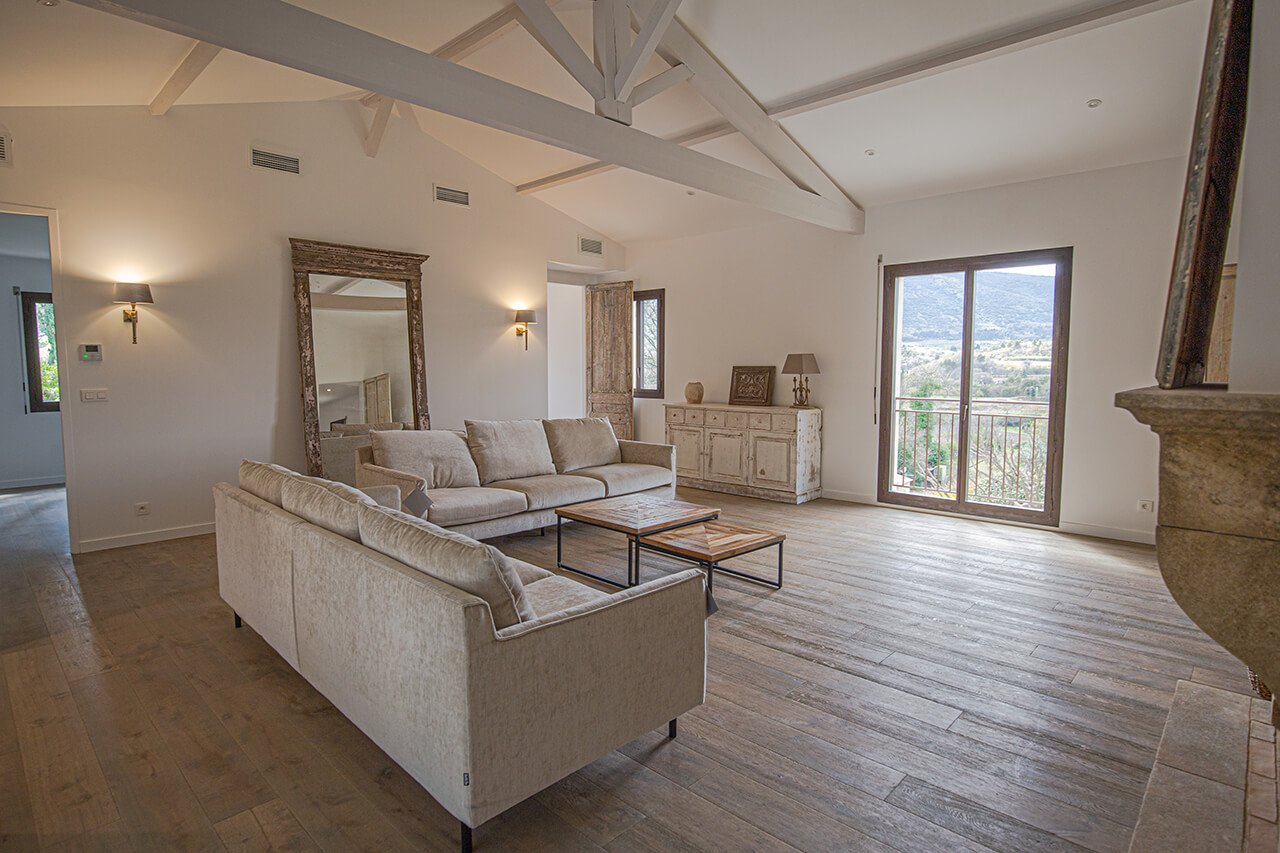 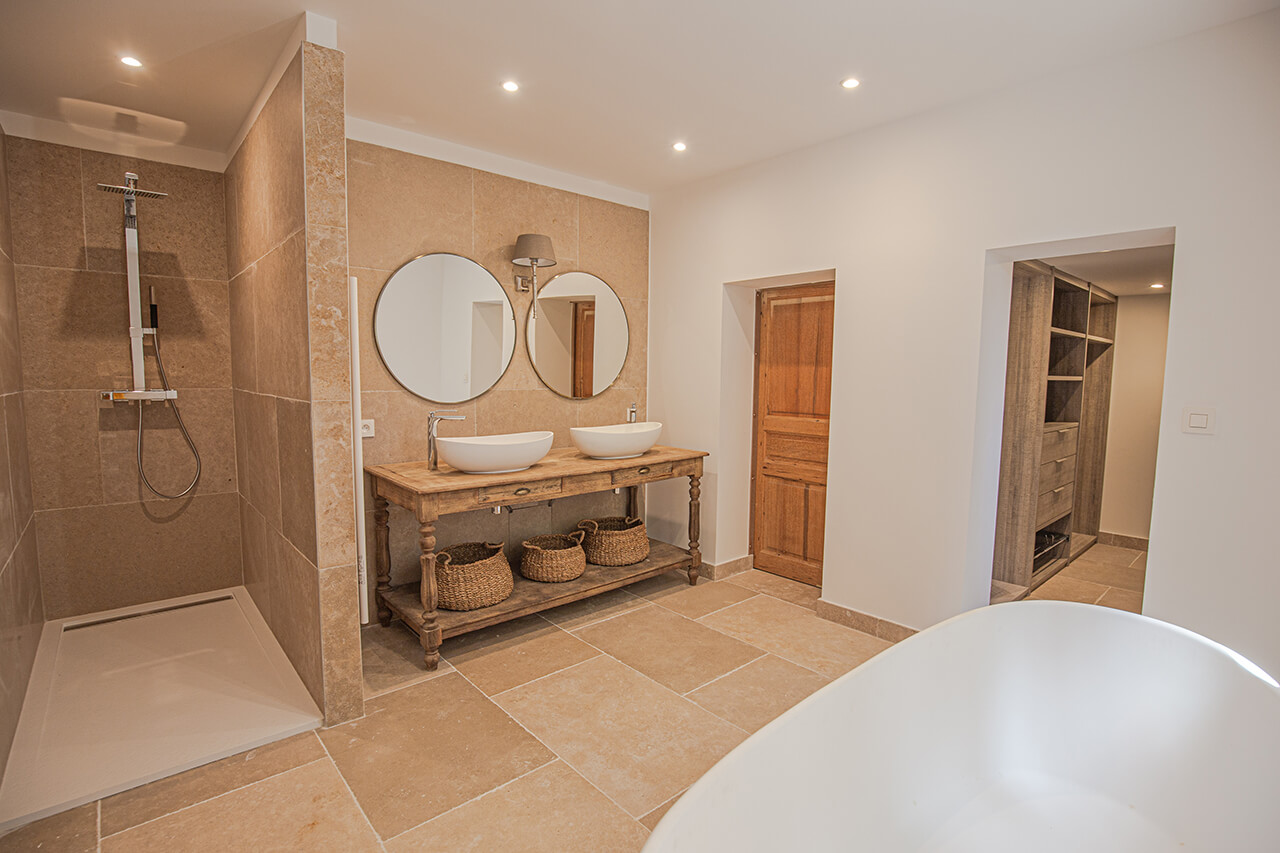 We committed to keeping a farmhouse spirit 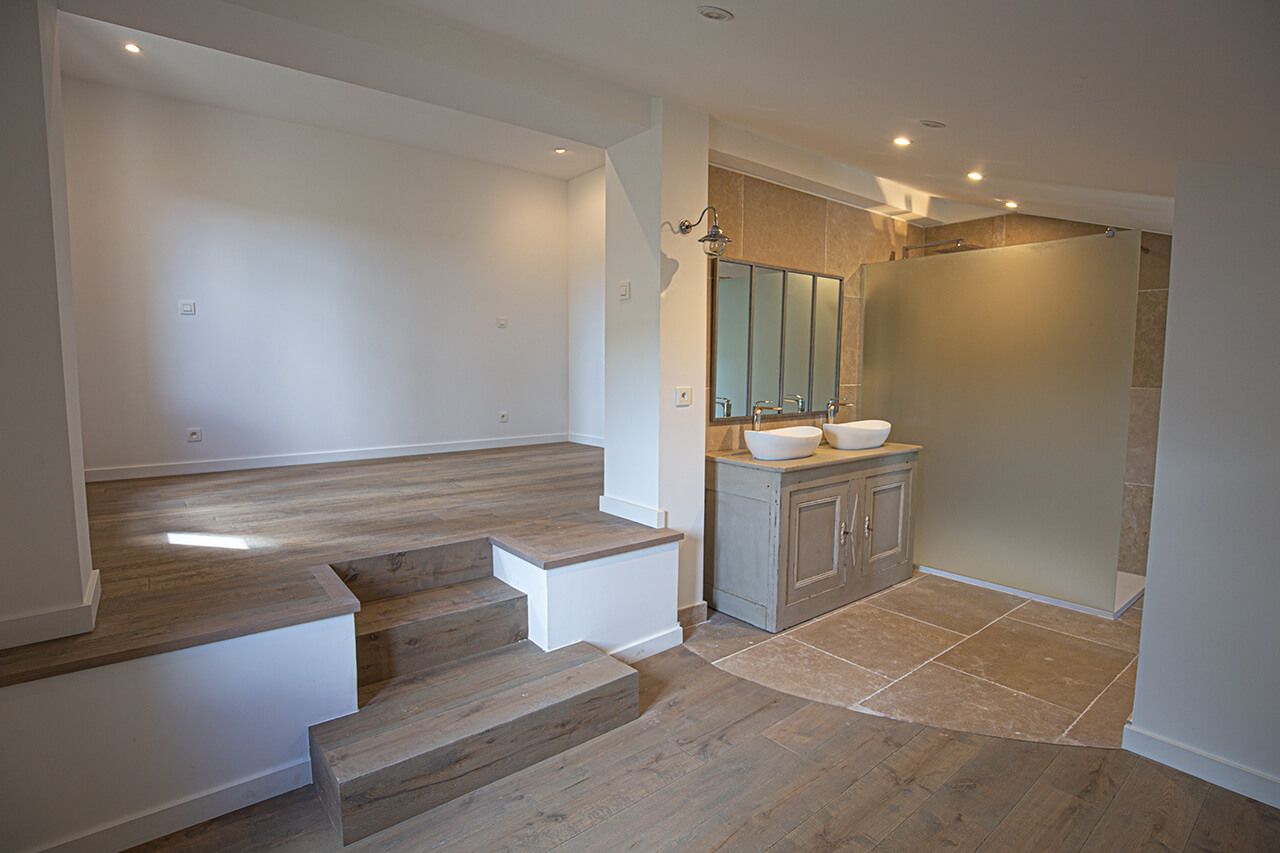 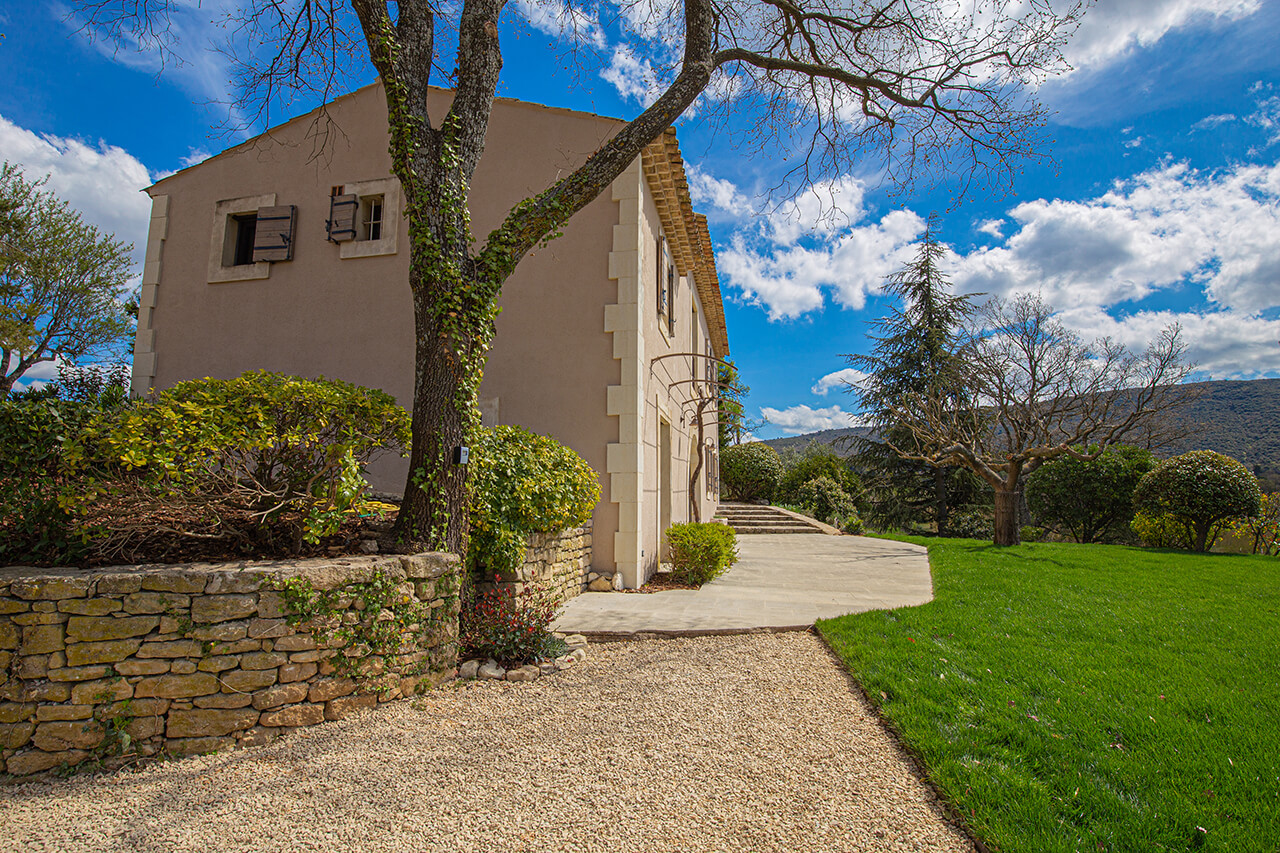 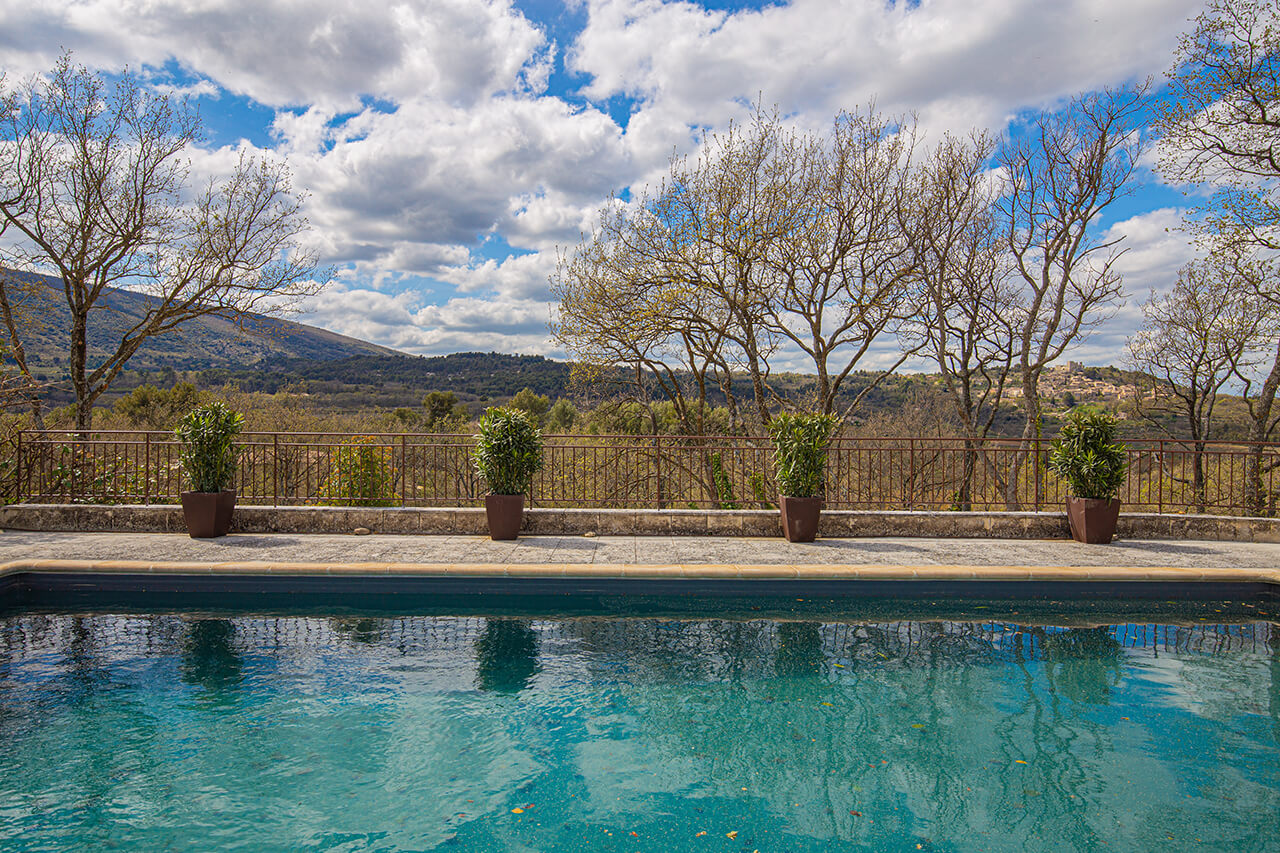 View of Lacoste from the pool.

We use cookies on our website to give you the most relevant experience by remembering your preferences and repeat visits.
By clicking “Accept”, you consent to the use of cookies. We will NEVER sell customer information.
Read More
ACCEPTCookie settings
Manage consent

This website uses cookies to improve your experience while you navigate through the website. Out of these, the cookies that are categorized as necessary are stored on your browser as they are essential for the working of basic functionalities of the website. We also use third-party cookies that help us analyze and understand how you use this website. These cookies will be stored in your browser only with your consent. You also have the option to opt-out of these cookies. But opting out of some of these cookies may affect your browsing experience.
Necessary Always Enabled
Necessary cookies are absolutely essential for the website to function properly. These cookies ensure basic functionalities and security features of the website, anonymously.
Functional
Functional cookies help to perform certain functionalities like sharing the content of the website on social media platforms, collect feedbacks, and other third-party features.
Performance
Performance cookies are used to understand and analyze the key performance indexes of the website which helps in delivering a better user experience for the visitors.
Analytics
Analytical cookies are used to understand how visitors interact with the website. These cookies help provide information on metrics the number of visitors, bounce rate, traffic source, etc.
Advertisement
Advertisement cookies are used to provide visitors with relevant ads and marketing campaigns. These cookies track visitors across websites and collect information to provide customized ads.
Others
Other uncategorized cookies are those that are being analyzed and have not been classified into a category as yet.
SAVE & ACCEPT